The electric current competition between Tesla and Edison, which is known as the biggest competition in the world of science, is still up to date today. Both names have marked the history of the world and have continued to change the world with what they did even after their deaths. On the basis of the current competition between Tesla and Edison, it is related to the type of the current. Nikola Tesla advocated alternating current, while Thomas Edison defended direct current. 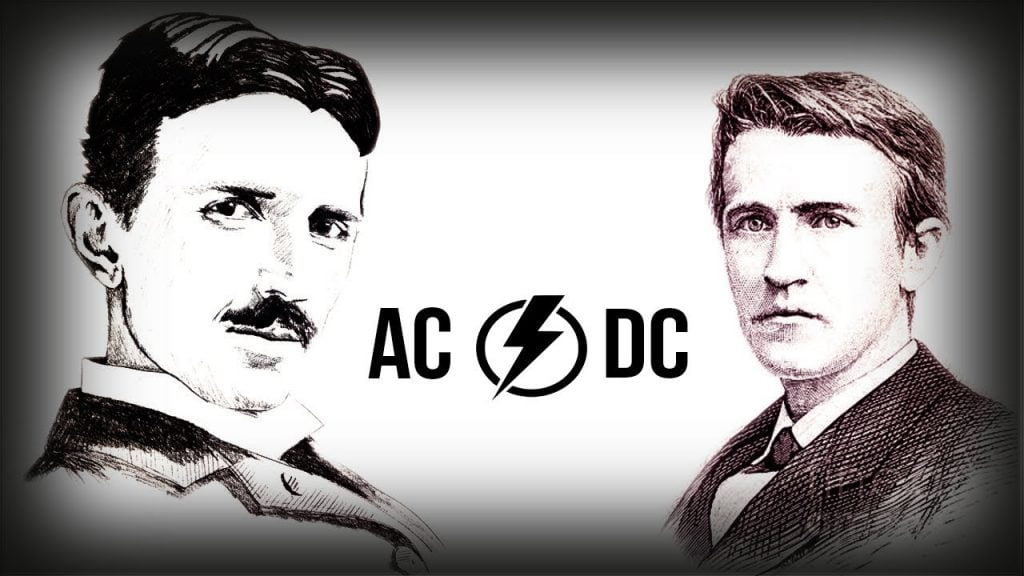 Nikola Tesla, an American inventor and scientist of Serbian origin, is a name that marked both science and daily life at home during his lifetime with his innate predisposition to electricity and electromagnetism. Many of Tesla’s inventions and many principles are still being used today. Nikola Tesla, who was born on July 10, 1856 in the village of Smiljan, within the borders of the Austrian Empire, had a fluctuating education period. Contrary to the wishes of his father, who was a priest and who wanted his son to be a priest, Nikola Tesla went to different schools in different cities within the Austrian Empire, took classes at different universities and worked in different jobs. The technical knowledge and work experience he gained in these years would lead his career and, more importantly, his dreams in the following years. 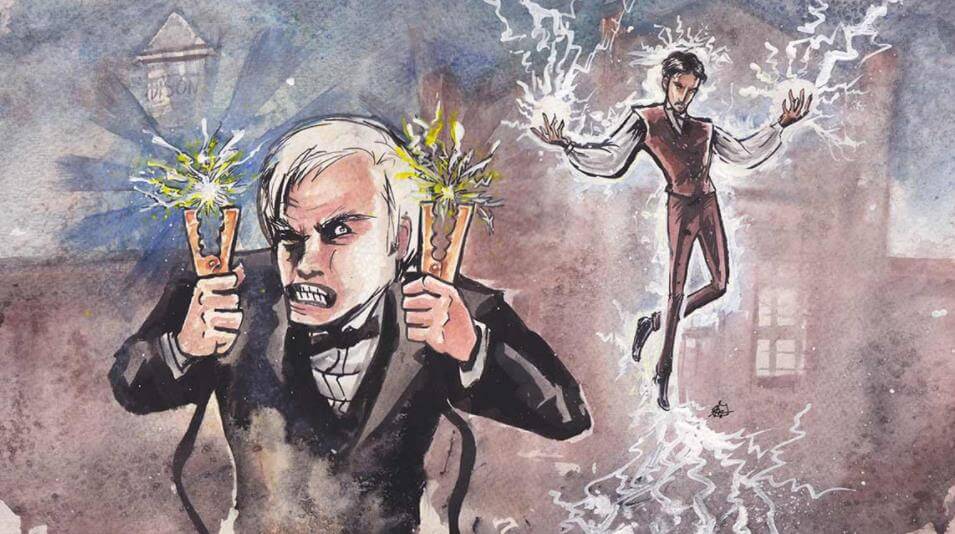 Alternative Current
Moving to New York in 1884 and continuing its studies here, Tesla started working with Edison here, but two of the scientists soon parted ways with Edison’s distancing from Tesla’s discoveries regarding alternative current systems. Before Edison there was no electricity in any home in the USA; Consequently, the entry of electricity into the houses was possible with the direct current system developed by Edison and Edison did not want to change this system due to economic concerns.
Tesla, who started working on new types of electric motors and generators, soon developed an alternative current system. Tesla’s three-phase alternating current induction motor converted electrical energy to mechanical energy much more successfully than direct current. In addition, the alternating current made it possible to generate higher voltages, allowing electricity to be carried farther, much cheaper. 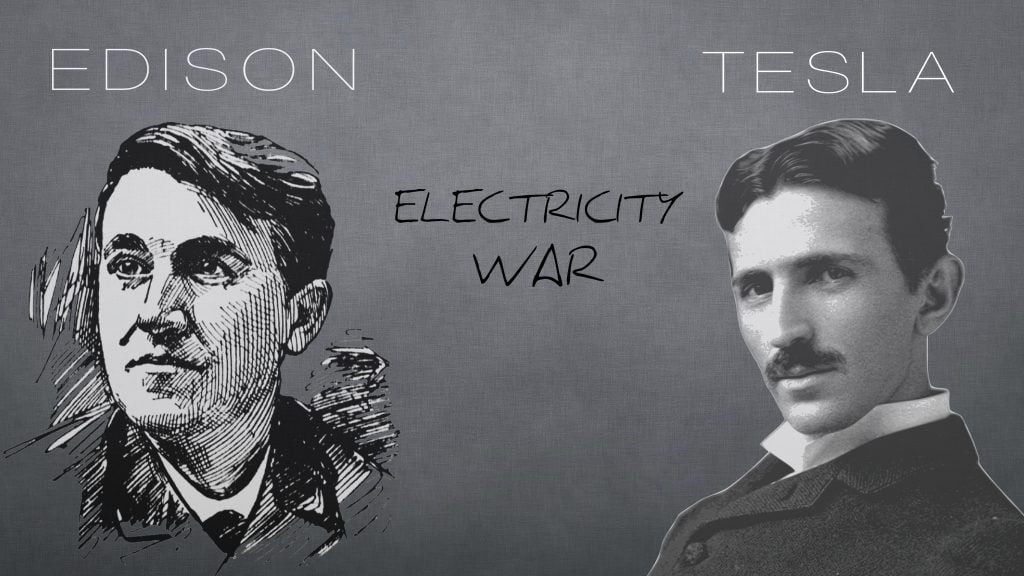 When did Tesla and Edison’s roads leave?
Tesla, who separated his ways with Edison, sold the patents of his inventions about the alternating current generators, transformers and motors he developed to George Westinghouse in 1885. Thus, Westinghouse and Tesla, trying to spread alternating current, became direct competitors with Edison, who insisted on direct current systems. This competition soon became a major commercial war; this period was even referred to as “Stream Wars”. The 1893 Columbus World Fair in Chicago was an important battle for Current Wars: Westinghouse and Tesla offered a much cheaper offer compared to Edison, while the entire world witnessed this success of the alternating current while illuminating the Electric Pavilion at the fair. Over time, the alternating current was considered to be reliable, inexpensive and successful, finally proven to the world, and direct current systems were gradually abandoned.
Alternative current was also used in power stations established in Niagara Falls in 1896 (it was Tesla’s childhood dream to produce electricity from flowing water) and the systems developed by Tesla were used to transmit the electricity produced here to Buffalo. 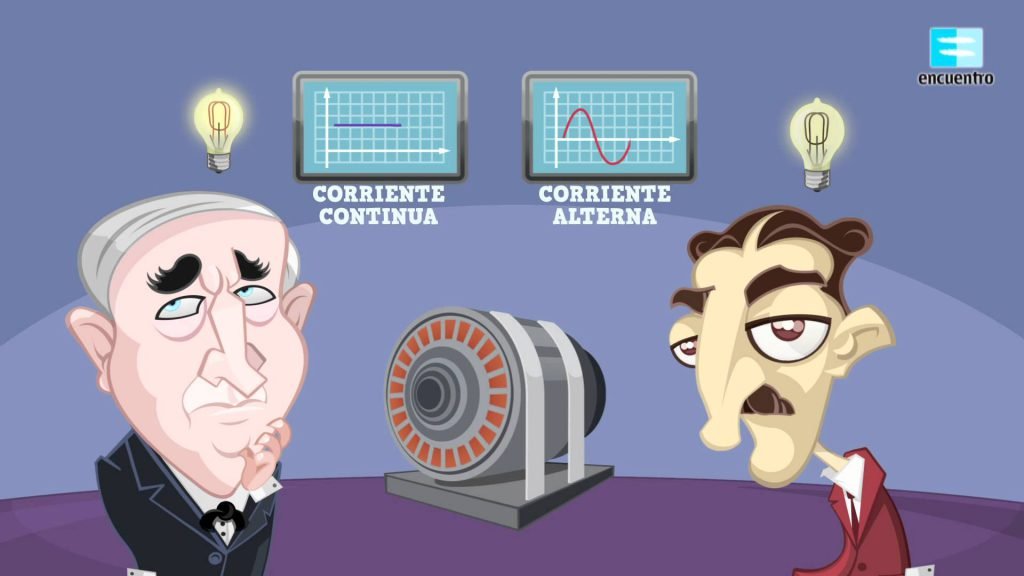 Alternative current was an invention that could make Tesla the richest person in the world according to some sources. The contract between Westinghouse and Tesla predicted Tesla to receive money in direct proportion to the energy produced (and Tesla was getting a pretty high figure per unit). Due to the great success of the alternating current, Westinghouse owed a huge amount to Nikola Tesla. This financial burden was so great that Westinghouse Electric Company came to a sinking point in 1907. When George Westinghouse spoke with Tesla to solve the problem, Tesla teared the contract and gave up his receivables, as it was told later.