Micheal Faraday The Name That Directs Our Present and Our Future

Micheal Faraday, The Name That Changed Our Lives!

This ticket was an entrance ticket to a conference attended by nobles in London. The conference was the conference of Humphry DAVY. At this conference, people were given important information about science and science was explained. It was a lot of fun for these people.

Scientists came out on the stage doing experiments, telling people what they did. But people often came here to have fun. This meant evening entertainment for most people. Except for one, Faraday.

Everything told and done at the conference was very important for him. But there was a problem, which was that Faraday was not a noble, he did not even have a neat outfit to wear. The nobility would look strangely at the faraday attending the conference, which would make faraday feel excluded.

Their curiosity would not overcome them, ignoring the class division and attending all conferences. At the conference, Humphry would take note of every word that DAVY said, and everyone would try to understand what was told while watching and applauding the experiments.

Faraday would create a three-page book with the notes he received at the end of all conferences and comments he made. This man was taken away from school because he was learning slowly and tried to make money.

But he did not give up, tried to improve himself where he worked, wrote a book with the notes in the conference he went to. He was able to do this without any help.

Faraday gifted his book to Humphry DAVY at a conference. After that, it would be bad for Humphry DAVY but a good accident for Faraday. Humphry DAVY would lose his ability to see and write for a while during an experiment.

He started to look for an assistant for this, and he came to mind that he made notes and notes at his conference. He asked Faraday to temporarily become an assistant for himself. In Faraday, of course, he would not miss this opportunity and accept it with great pleasure.

He wants Faraday to be an assistant of experiment. Faraday accepts this with great pleasure. Because that meant finding an opportunity to work in a big science center like THE ROYAL INSTITUTION OF GREAT BRITAIN.

Faraday Was Now Dealing With Science

Faraday was now only dealing with science with what he loved. Only 18 months after the THE ROYAL INSTITUTION OF GREAT BRITAIN was taken, Faraday would go on a European tour with Humphry DAVY.

On this tour, he would meet very important scientists such as Andre MARIE AMPER and Aleksandro Volta. Humphry DAVY’s wife would constantly humiliate Faraday and always try to exclude her from where she came from.

Faraday would even consider returning to his old life. But the important scientists with whom he spoke left questions that would never fall into his mind. Thanks to the battery he invented at the time , Aleksandro Volta was trying to understand a strange energy like electricity, people believed that the forces in nature were independent from each other.

Faraday, who was once a binder to overcome this perception, was doing numerous experiments with Humphry DAVY. At the time, they believed that there was a current flowing through an electric cable. Hanschristian ANDERSEN discovered that electricity moves the compass without any contact from where it passes.

He discovered it completely by chance and published it as an article. Of course, Faraday, who had seen this article, would develop a thesis that electricity that started research creates magnetic fields and by doing an experiment it will show that magnetic field is circular. 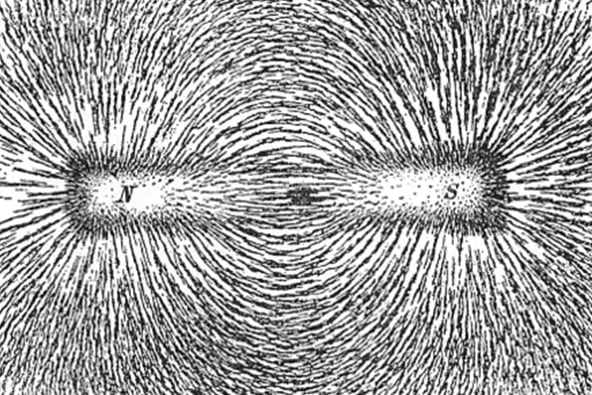 If electricity generates this type of magnetic field, he would perform the famous mercury experiment to observe whether the magnet would follow this field.

This was the first invention in the history of the world to convert electrical energy into mechanical energy, which would be the electric motor used almost anywhere you can think of today.

With this invention, Faraday explained to all people electromagnetism that electricity and magnetism were a whole. Until then, unrelated forces were united. Faraday had proved that all forces had an order among them. Faraday accomplished what a higher-level scientist should do.

Faraday developed this invention over time and electric motors started to enter people’s lives day by day. In the conversation between Faraday and Andre MARIE AMPER, Amper told him there may be a magnet in his copper, which is wrapped around a conductor.

Faraday tried and succeeded in making the electric motor more useful. Faraday continued his experiments without getting tired of the experiments.

As soon as the current flows and cuts, it moves at once, but there is no more. The reason for this was that the magnetic field stabilized in a single field, preventing the compass from moving more.

It is very simple to overcome this problem, but in a smart way, it moves the magnet back and forth in the coil. Thus, the magnet moved every time it moved back and forth. This is what we call magnetic induction today.

But there was still a problem, this effect was not only continuous but only momentary. He thought of a solution for this to be continuous. It produced a larger mechanism and used a conductive disc. He tried and managed to make the current continuous by turning this disk.

Faraday carried out this experiment in October 1831, this was the first dynamo in human history .

This was one of the most important inventions in human history.

Why Is It So Important?

Today, there is dynamo under everything used to meet people’s energy needs. Dynamo lies beneath transformers, nuclear power plants, wind roses and sources of electricity generation such as geothermal energy. Dynamo can transform any movement into electrical energy.

Thanks to this invention, phones, computers, televisions began to appear. To understand why it’s so important, you can understand by looking around and seeing where energy is converted. It has an impact on the construction of the building.

Electricity is used in building construction. The production of this electrical energy is also produced thanks to dynamo. So Faraday laid the foundation of today without a primary school diploma.

Not only that much, the ‘Faraday Electrolysis Laws’ has led the way in the production of very important raw materials in the electrochemistry industry. Faraday also laid the foundations of lithium batteries used in areas such as our phones, electric vehicles and laptops.

If you can read this article on the phone, it is actually the person you should thank. Faraday created the paper and drew the outline of the picture on it. Those who come after him have tried to complete the picture and they can continue to do so.

Faraday has succeeded in working on liquefaction of the gas and thanks to this, it has helped the formation of the refrigerator in our house. Chemistry is an inventor of benzene, an important ingredient.

The invention of the Faraday cage

He is also the inventor of this cage called the Faraday cage. The current given to this cage does not hit the person inside and interrupts all the signals inside, which means the environment in which the phone does not pull and the radio does not work. Thanks to this invention, we were able to prevent even lightning strikes.

Faraday said that the intellectual electricity that caused everyone to laugh at him by ignoring his achievements at that time, actually radiated an invisible light, and that everything radiated light, a kind of electromagnetic wave in his light.

Everyone found it ridiculous and laughed, of course, and they said it was ridiculous. Unfortunately, Faraday could not fit into his life. Because he was not able to get a quality education, Faraday was an experimental physicist and developed himself by doing experiments because he had no work with formulas.

Starting to work as a binder, he remained in the lower class and developed the world despite being excluded. He wondered, researched, read, wrote and used every means to improve himself. Finally, he would work professionally at the royal institute.

But Humphry DAVY did his best not to work at the royal institute. Because if someone who is more knowledgeable and professional is taken there, he must have thought that his shoe will be thrown. But Humphry DAVY died soon. Later, Faraday, who started as a binder in his story, started teaching people as a professional physicist at the Royal Institute.

Note: I would appreciate if you can express your opinions and suggestions on the subject.